Are you looking for proxies you can use for the Viber application? Then you are on the right page as we would be providing you details on some of the best proxy providers you can buy Viber proxies from.

Viber is one of the services that come with support for proxies. This means that just like in the case of the Twitter application, there is a section in the setting areas that you can enter proxy details which your requests would be routed through. 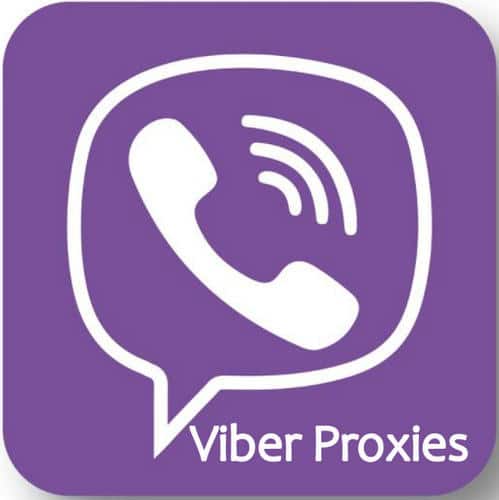 Viber did not do this to help you avoid tracking on their end – it is to protect you against tracking by your ISP and any eavesdropper on the platform that wants to track your IP address. On their own part, they still track you using IP and other technologies. One thing you need to know is that users you are in contact with can trick you into giving them your IP address without you even knowing. To protect yourself against such, you will need to make use of proxies.

By using proxies, you get alternative IP addresses which you use to mask your real IP address. so any eavesdropper that gets hold of it is just wasting his or her time. They are also quite helpful if you also want to unblock the service should Viber kick you out of the platform.

One thing you need to know is that there are a good number of proxies you can use as Viber proxies, but if you do not know which to use, you might end up with the wrong provider that is only out for your money.  We would be providing you recommendations on the best proxies to use for your tasks on Viber below.

In this section of the article, we would be providing you recommendations on the proxies to make use of. One thing you need to know is that Viber does not force you to make use of proxies from any provider. The choice of a provider depends on you. Below are some of the proxy providers you can buy Viber proxies from.

Read User Reviews ProxyRack is an Australian based company, established in 2012. ProxyRack is a rotating proxy provider offering residential ...

Why would you Need Proxies for Viber?

While Viber supports the use of proxies in some of its applications, it does not mean you should use proxies, and let face it, a majority of Viber users do not even know what proxies are. So why then should you use proxies for Viber?

The number one reason why you need proxies for Viber is to unblock the Viber service. Viber is not allowed in some locations or networks. If you are dealing with such, then proxies can help you avoid unblock the Viber service. You will also need it if you want to manage multiple accounts. Proxies generally would help you evade IP-based restrictions.

Would Proxies Help Unblock Viber if Viber Blocks You?

The trick would be to uninstall the Viber application and then make use of a proxy client like Proxifier (on PC) or Postern (on Android). You also need to make sure all of the information you provided is unique and can’t be traced back to the suspended account.

I know many would want to see that proxy usage on Viber is legal since the service allows such. In reality, Viber does not determine what is legal and illegal – that is left for the government to decide. Proxy usage is generally legal in most countries.

However, there are some countries that criminalize such, especially if you are trying to use the proxies for unblocking blocked services in such countries. So, it is important you find out what the law says about proxy usage in your country.