Are you looking forward to buying proxies for Costco? Then it might interest you to know that not all proxies work. We know the best proxies for Costco and have drafted a list of providers you can buy Costco proxies from.

Costco has proven to be a force to reckon with in the e-commerce market, with over 804 warehouses around the world, with the US, Canada, Mexico, and the UK, being their strongest hold. 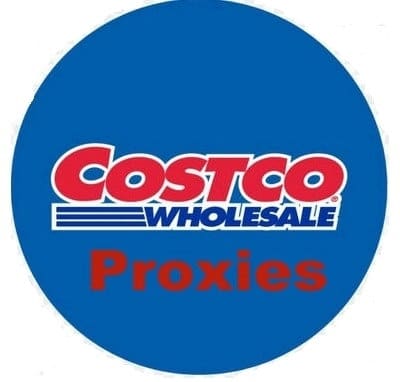 This service is basically a wholesale e-commerce platform that has an inventory of thousands of products. The product information is of interest to marketers, and as such, they try to use web scrapers to extract data of interest. Unfortunately, such is not allowed, and Costco has a system to detect and block web scrapers and other types of bots. With the help of proxies, you can bypass their anti-spam system.

There are a good number of providers that will tell you they have proxies that will work for Costco but should you believe them? Costco does not have a very effective anti-spam system, but that does not mean you can use any proxies you lay your hands on. This is because it could detect and block low-quality proxies. In this article, we would be recommending some of the best proxies for Costco.

One thing you need to know is that you might not find any provider that specifically calls their proxies Costco proxies – this is because Costco is unpopular among proxy users when compared to other platforms, including Amazon, eBay, and AliExpress.

Froxy’s main advantage over the competing providers is its 8 million residential and mobile proxies database which secures an appropriate level of ...

A residential proxy service that offers users all of the perks of the top premium proxy services without any of the downsides – that is what Geonode ...

Rotating Proxies vs. Static IPs – Which is best for Costco scraping?

When it comes to scraping or botting websites in general, there is a rule of thumb. If you would be logging into your account, then rotating proxies would put your account in trouble as frequent changes of IP address when logged in will show that you are using a proxy system.

On the other hand, if you are not logged in, the service can only track you via IP, cookies, and other unreliable means that you can fake. For this reason, rotating proxies are the best for scraping Costco. If you try scraping Costco using static IPs, you will get blocked after a few requests as your web scraper would be identified.

Costco does not allow the use of web scrapers or any form of bot on its platform. And no, this is not unique to Costco; almost all of the popular e-commerce stores you know do not allow the scraping of its content.

This is because they see scraping as content theft and trying to reap where you did not sow. Aside from this, web scrapers also send too many requests, which would add to their running cost at no advantage to them – it can also hurt their server in some way. For these reasons, they do not allow the scraping of their content.

What are the Best Practices for Scraping Costco?

If there is one piece of advice I would give you when planning to scrape Costco, the advice would be to be nice. This means avoid sending too many requests to their server to avoid overwhelming it. If you can, set delays between requests so that it does not overwhelm their server and if you can carry out your web scraping tasks at night when the amount of requests they get is small compared to daytime.