When it comes to the versions of the Internet protocol, there are basically two versions which include IPv4 and IPv6 IP addresses. The difference between them is not just about versioning — IPv6 is not backward compatible with IPv4.

However, they can run over the same wire and there are tools and walk-around methods you can use to get it compatible with IPv4. One of the effects of not being compatible is that systems developed for IPv6 would require IPv6 systems to work with. That is the case with proxies. If the software you need proxies for is developed for IPv6, you will need to make use of IPv6 proxies to be able to run your web requests via proxies successfully. 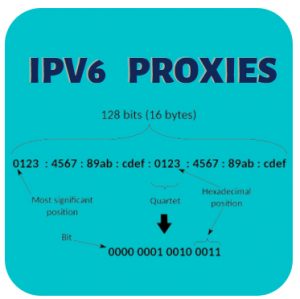 Unlike in the case of IPv4 proxies, most proxy providers do not offer IPv6 proxies. This is because even though IPv6 has been in existence for over a decade, developers have not fully transitioned to it yet as IPv4 is still in active use and as such, it is safe to say the demand is not there yet.

However, there are still a good number of providers that offer them. In this article, we would be discussing some of the best providers you can buy IPv6 proxies from.

IPv6 proxies can cut across the different proxy categories we have. However, the majority of IPv6 proxies currently available are datacenter proxies. Unlike in the case of IPv4 datacenter proxies, they have not been actively abused by spammers and as such, if you buy from a good provider, you are sure you have got proxies that would work. Below are some of the providers that offer IPv6 proxies.

Scraper API is a proxy API for web scraping. They offer an API that handles proxies, browsers, and CAPTCHAs, so you can get the HTML from any web page with ...

Proxy-Cheap.com is a new residential IP proxy provider with a massive range of different locations that has the most affordable pricing found on the proxy ...

What are IPv6 Proxies?

There was an urgent need for proxies that would be compatible with IPv6 systems since the existing proxies are IPv4 proxies that are not compatible with IPv6 systems and the proxy providers above came in to provide them. It might interest you to know that even though their supply is lower, they are quite cheaper compared to IPv4 proxies partly because of the low demand.

Should I Use IPv6 Proxies?

IPv6 proxies are cheap but you need to know that they are meant for systems that require them. You cannot use them for your regular software that requires IPv4 proxies. And let face it, an overwhelming majority of the software available in the market today is IPv4 inclined.

So, it is advisable you only buy IPv6 proxies if the software requires you to use IPv6 proxies. If you are a developer, you will only need it if the tool you are developing would be using the IPv6 proxies.

Why is IPv6 Proxies Cheap?

If you take a look at the pricing of IPv6 proxies and compare them with their IPv4 counterparts, you will notice that IPv6 proxies are cheaper. 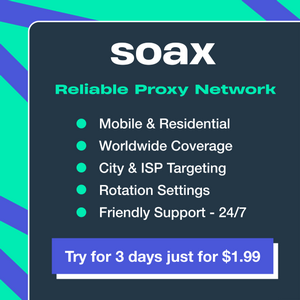