The Groupon Proxies of 2022

Groupon is the home of unbeatable deals and discounts for everything ranging from travel tickets, electronics, and coupon codes for popular e-commerce platforms such as Amazon, Walmart, and Target, among others. 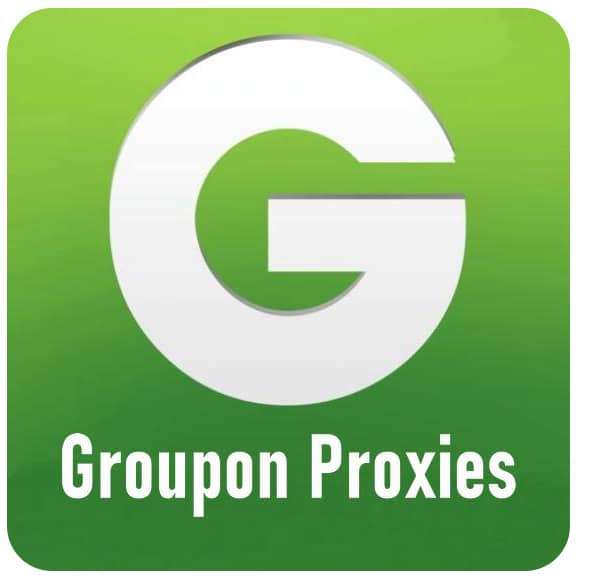 With the amount of product data publicly available on the Groupon website, it is not surprising that it has a strict anti-spam system that is effective at discouraging proxy and bot usage. One thing you need to know about Groupon is that it tracks your IP address and uses it to offer you an excellent user experience while preventing you from spamming its system.

If you must scrape data from its web pages, you must do so stealthily as your access would be denied. Interestingly, using proxies would make it difficult for Groupon to detect your web scraper, provided the proxies are undetectable to the Groupon anti-spam system.

The recommended proxies for Groupon are rotating residential proxies. These proxies use IP addresses assigned to real Internet users by ISPs as opposed to datacenter proxies that use hosting IPs.

By rotating proxies, it means that they change the IP address they assign to you frequently, either after every request or after a specific period of time. Below are some of the best residential proxy providers you can buy high-quality residential proxies for Group scraping from.

Froxy’s main advantage over the competing providers is its 8 million residential and mobile proxies database which secures an appropriate level of ...

IPRoyal is one of the IP address providers you can buy or lease IPv4 and IPv6 addresses from. Aside from this, they are also into the provision of ...

What Data Can You Scrape from Groupon?

Groupon is an inventory of product data. There are millions of pages on the Groupon website that that is of interest to web scrapers. One thing you will need to know about Groupon is that it is not only a target for small web scrapers but also a target to its competitors.

Aside from price data for deals and discounts, you also get coupon codes for shopping on popular e-commerce platforms. There are millions of people you can potentially scrape, but you will only limit your data extraction task to the pages that are of interest to you.

As stated earlier, Groupon is been targeted by both small-scale and large-scale web scrapers. The question is; does it support the scraping of its content via automated means? The simple answer is No. Groupon does not support the automated process of extract data from its web pages and would block you if it discovers you are scraping its data.

However, while it does not support scraping, it does not make doing so illegal. In most locations, web scraping is illegal. This does not mean you should do so blindly without finding out what the law says about doing so in your region.

Can I Use Datacenter Proxies for Scraping Groupon Data?

The answer is – it depends. For datacenter proxies, many of them are low quality and are easily detected, and have been already blacklisted. For these, you can’t use them. However, there are some premium private proxies you can use to scrape Groupon pages.

While you can do this, there’s also another problem. Most datacenter proxies offer only static IPs, which means that you will have to buy a bunch of IPs and then rotate them yourself. If anyone gets blacklisted, you will end up with it until its validity period expires.