Do you need to scrape travel price data from the Agoda website, and you need proxies to effectively do that? Then you can check out the list of our recommended proxy providers you can buy proxies from below.

Agoda is a travel website where you can get deals and discounts for airfare. If you want to scrape the travel fare data available on the website, then you will need to make use of proxies. 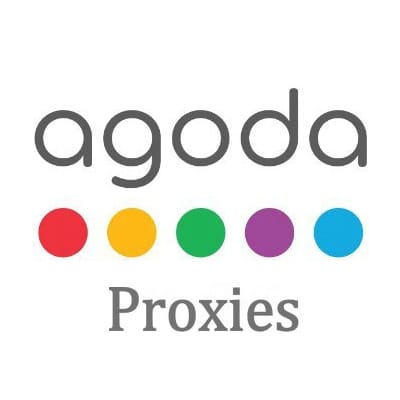 This is because Agoda protects it website and asset and keep track of IP addresses used in accessing data from its platform and when it gets too many requests which are unnatural, it blocks further requests from such IP address. With proxies, you can get alternative IP addresses which makes it possible to send as many requests as you wish without getting blocked.

While the term Agoda proxies are used, do not think you will need proxies with such name before you can use them as proxies for scraping Agoda. It might interest you to know, for now, there are no proxies in the market with such a name. All you need are proxies that are undetectable to the Agoda anti-spam system, and you are good to go.

While finding that is easy when said, such isn’t the same in action, and that’s why this article has been written. We have helped you take the guesswork out of the way by finding out the best proxies for Agoda.

When it comes to scraping Agoda, no proxies can do it better than rotating residential proxies. These proxies route your requests via the IP addresses of regular Internet users. They do not only do this; they also rotate the IP address they assign to you either after every request or after a specific period of time.

By doing these, Agoda’s anti-spam system is unable to use IP tracking to detect and block your bot. Below are some of the residential proxy providers that offer high-quality proxies you can use for Agoda scraping.

Why Do You Need Proxies for Scraping Agoda?

If you have tried scraping a few pages from the Agoda website, you will see that there was no block. Well, that’s because it was just a few requests, and you have not crossed the request limit. Each website, including Agoda, has a natural request limit it expects to get from its users within a short period of time. If it gets more than that, it considers that unnatural and blocks further requests.

With web scrapers sending too many requests, it is easy to cross that request limit. But with the help of proxies, you have many IPs to use, and as such, the limit is never reached with any IP.

Is it Illegal to Scrape Agoda?

Scraping involves automatically sending web requests for web pages, downloading them, parse out data of interest, and either uses it immediately or save it for future use. Web scrapers work the same way browsers do. The only difference is the automated access which makes them send too many requests.

The concept of web scraping is not illegal, and numerous court rulings in the United States suggest that. However, even though it is generally considered legal, there are technicalities that could make them illegal.

Can You Use Datacenter Proxies for Scraping Agoda?

The answer depends largely on the datacenter proxy provider you buy the proxies from. For most datacenter proxies, using them can be inefficient as they can be easily identified and blocked. Only high-quality datacenter proxies can be used, and even for these, you will have to go through the hurdle of managing the proxies, such as taking care of IP rotation yourself.