The Best Newegg Proxies of 2022

Are you looking for the best proxies for Newegg botting? We know the proxies for the job and have compiled a list of proxy providers you can buy Newegg proxies for. These providers would be listed in the article.

Are you trying to bot your accounts to increase your chances of buying an item before it gets sold out on Newegg? Then you must have been told that you need proxies to get that done. 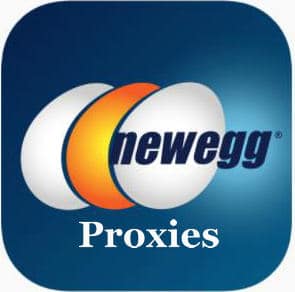 One thing you might not have been told is that Newegg keeps track of IP addresses it gets requests from and could use that to detect you are trying to game it – and that is what you need proxies for – to bypass the IP tracking. Without proxies, you have to use Newegg the way it is stated in their terms and condition; else, you will get blocked from accessing their service.

When it comes to using proxies to gain a competitive advantage in the aspect of making a purchase or even scraping its product data, you need to be picky in the provider you choose, as not all proxies will work for Newegg.

This is because Newegg is one of the websites that are effective at detecting proxies, and as such, for you to succeed, you need proxies that are undetectable to the Newegg anti-spam system. Fortunately, there are a good number of them in the market, and they would be listed below.

The types of proxies we would recommend for botting Newegg are residential proxies. This is because they route your requests via devices of real Internet users as opposed to datacenter proxies that use IPs from data centers that are easily identified and blocked.

For Newegg, not all residential proxies will get the job done. For this reason, we have compiled a list of tested and trusted solutions for Newegg botting and have presented them for you to make a choice from.

A residential proxy service that offers users all of the perks of the top premium proxy services without any of the downsides – that is what Geonode ...

What are Newegg Proxies?

From the above, you already know that Newegg will not allow you to use a bot on its platform except done stealthily. However, what does the law says about botting Newegg? Newegg is not in the place to dictate what is legal or not.

Not only Newegg, but other stores are also battling with the same, and it is considered legal in the eyes of the law. Only ticket scalping has been made illegal. Aside from this, you can use your bot to make a purchase in any store without the fear of the government coming after you.

Rotating Proxies vs. Static Proxies – which are the best for Newegg?

The answer to this question depends largely on what you require the proxies for. For the most part of the article, we dwelled on proxies for botting Newegg. If you need to bot your accounts for making a purchase on Newegg, then static IPs are required as changing IP address frequently is suspicious.

However, if you need proxies for scraping product data from Newegg, then rotating proxies are the proxies for the job. This is because not changing IP address frequently would reveal all of the requests are coming from the same machine and would lead to getting your web scraper blocked and prevented from further scraping.